5 ways for Data Scientists to Code Efficiently in Python 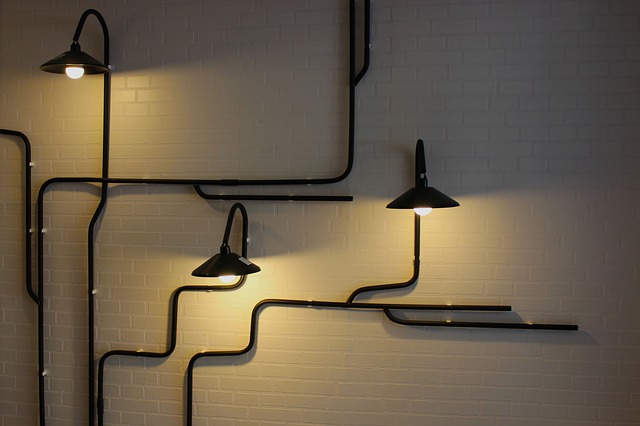 Writing a code is like a piece of art and in this article, I am going to share some tips and tricks for Data Scientists and Python enthusiasts who want to write better and cleaner codes. I personally also use these coding techniques in my life and they have improved my style a lot. So I want to share them with everyone so that everyone can learn about them. You will learn how to write some epic quality Python scripts which are easily scalable and also easy to maintain.

You might have often wondered why your code does not look like the senior developer’s code? Well, there might be various reasons for that and this article will help you bridge the gap between you two. Let me be clear, what I will not do in this article is to give you some generic examples of using these techniques but I will try to give you real-life coding scenarios where you will be using these techniques. So let’s begin the process.

1. Try using tqdm when your code has for loops

Looping over a small list might not be much but imagine when you have to loop over a large dataset. You will not be able to know if your code has finished or not, which is unfair right? Hence to save you the doubt of whether there is an infinite loop or just time taking the task, use tqdm to display a progress bar alongside your code.

The above code will produce a progress bar along with the execution to show you the loop execution and other details like the speed of iteration per second and also the total time is taken to complete the loop. The “DESC” parameter allows us to pass a suitable description for the loop to be displayed.

2. Use Type hinting when writing any function

Type hinting means that explicitly state all the arguments of a python function. These are very helpful for my day-to-day work and I almost always use them. Did you know that you can specify return types in the function definition of a python function? Well, we do not use it much but it exists and can be considered as a good coding standard. The following code demonstrates it :

The above function returns a dataframe where we can append a new row to an existing Dataframe. Here the code might seem a bit weird but you should consider the following points about the above code

3. Unknown no of arguments require kwards and Argos to tackle it

You can imagine a scenario where the user can pass an undisclosed or uncertain number of parameters or you want to input directory paths which can either be 1 or 50 different paths through the user input. Clearly writing “ def func( para1,para2…) “ might not be the best case of action and in that case, you can use “args” and “kwargs”. You should remember the following purpose of both the keywords.

The below function takes the root directory of a path and then takes an arbitrary number of folder paths using “ *fpaths ” as the input and then prints the number of files within each of the folders.

Note: Here we are counting the number of files in the Google Collab directory

In the function call, we are actually passing 5 arguments and the function definition is expecting one mandatory positional argument and the remaining ones are “soaked up” with “ *fpaths ” and then we can count the number of files. The technical term for soaking up is actually “argument packing”.

Now we will look at functions that take an unknown number of arguments and in such scenarios we must use kwargs instead of Argos. The following code will explain the situation better.

The use does look similar to *args but now we are able to pass an arbitrary number of keywords and their arguments to any function. These values will by default get stored as key and value pairs which can be accessed using the .items() function of the dictionary. You can effectively use it for 2 different purposes which I have found, if you find more, feel free to reach out to me via the contact details provided at the end of the article. The two useful ways are :

I often use Sklearn’s train_test_split() for splitting the x and y and while working on one of my GAN projects, I had to split the synthetic pictures into the same test and train split which is used to split real-life images and the labels. I also wanted to pass extra arguments to the split function. Stratify was also used as I was working with face recognition. So the custom train and test split function was coded for this purpose. I have replaced the image vectors and labels with dummy data but it will work with real-life images as well.

The Code we often write can lack proper formatting or be messy at times. Trailing whitespaces, extra comma, unsorted import statements and the spaces in indentation, and more can be a nuisance to solve. You can definitely solve this all manually but you can save yourself a lot of time if you use a pre-commit hook. These hooks can do auto-formatting with just one line of code which is: “ pre-commit run “

You need to create your own “ pre-commit-config.yaml ” file which will contain all information regarding the formatting rules you want to follow. You should stage the file with git add before you do a pre-commit run or else all files will be skipped.

Hands down, I have been using VS-Code for almost everything and it has been very helpful but with these extensions by your side, you can amplify your productivity and I personally also feel these extensions to be very useful. They are as follows :

Docstring of any function can be accessed with the “function_name.__doc__ “ format. The following code shows this with an example :

So these few tips and tricks will help you become a better Data Scientist and help you write better and more efficient code with less effort which will maximize your productivity. I hope all tips were something that was valuable and feel free to reach out to me to share your tips for a future part 2 of the article. Stay Safe and get vaccinated everyone.