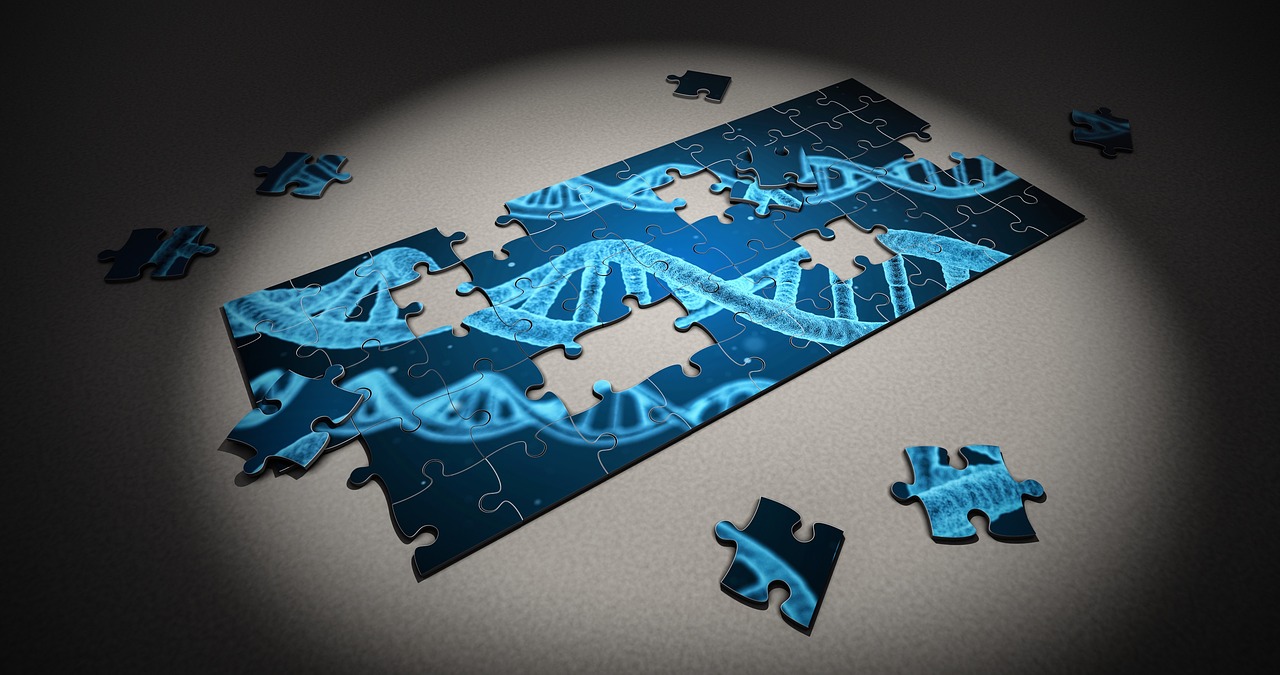 From the previous tutorials in this series, you now have quite a bit of Python code under your belt. Everything you have seen so far has consisted of sequential execution, in which statements are always performed one after the next, in exactly the order specified.

But the world is often more complicated than that. Frequently, a program needs to skip over some statements, execute a series of statements repetitively, or choose between alternate sets of statements to execute.

Here’s what you’ll learn in this tutorial: You’ll encounter your first Python control structure, the if statement.

In the real world, we commonly must evaluate information around us and then choose one course of action or another based on what we observe:

In a Python program, the if statement is how you perform this sort of decision-making. It allows for conditional execution of a statement or group of statements based on the value of an expression.

The outline of this tutorial is as follows:

Introduction to the if Statement

We’ll start by looking at the most basic type of if statement. In its simplest form, it looks like this:

In the form shown above:

Note that the colon (:) following <expr> is required. Some programming languages require <expr>to be enclosed in parentheses, but Python does not.

Here are several examples of this type of if statement:

Note: If you are trying these examples interactively in a REPL session, you’ll find that, when you hit Enter after typing in the print('yes') statement, nothing happens.

Because this is a multiline statement, you need to hit Enter a second time to tell the interpreter that you’re finished with it. This extra newline is not necessary in code executed from a script file.

But let’s say you want to evaluate a condition and then do more than one thing if it is true:

If the weather is nice, then I will:

In all the examples shown above, each if <expr>: has been followed by only a single <statement>. There needs to be some way to say “If <expr> is true, do all of the following things.”

The usual approach taken by most programming languages is to define a syntactic device that groups multiple statements into one compound statement or block. A block is regarded syntactically as a single entity. When it is the target of an if statement, and <expr> is true, then all the statements in the block are executed. If <expr> is false, then none of them are.

Virtually all programming languages provide the capability to define blocks, but they don’t all provide it in the same way. Let’s see how Python does it.

Python: It’s All About the Indentation

Python follows a convention known as the off-side rule, a term coined by British computer scientist Peter J. Landin. (The term is taken from the offside law in association football.) Languages that adhere to the off-side rule define blocks by indentation. Python is one of a relatively small set of off-side rule languages.

Thus, a compound if statement in Python looks like this:

Here, all the statements at the matching indentation level (lines 2 to 5) are considered part of the same block. The entire block is executed if <expr> is true, or skipped over if <expr> is false. Either way, execution proceeds with <following_statement> (line 6) afterward.

Note: In the Python documentation, a group of statements defined by indentation is often referred to as a suite. This tutorial series uses the terms block and suite interchangeably.

Blocks can be nested to arbitrary depth. Each indent defines a new block, and each outdent ends the preceding block. The resulting structure is straightforward, consistent, and intuitive.

The output generated when this script is run is shown below:

Note: In case you have been wondering, the off-side rule is the reason for the necessity of the extra newline when entering multiline statements in a REPL session. The interpreter otherwise has no way to know that the last statement of the block has been entered.

What Do Other Languages Do?

Perhaps you’re wondering what the alternatives are. How are blocks defined in languages that don’t adhere to the off-side rule?

The tactic used by most programming languages is to designate special tokens that mark the start and end of a block. For example, in Perl blocks are defined with pairs of curly braces ({}) like this:

C/C++, Java, and a whole host of other languages use curly braces in this way.

Other languages, such as Algol and Pascal, use keywords begin and end to enclose blocks.

Better is in the eye of the beholder. On the whole, programmers tend to feel rather strongly about how they do things. Debate about the merits of the off-side rule can run pretty hot.

On the plus side:

On the negative side:

Like it or not, if you’re programming in Python, you’re stuck with the off-side rule. All control structures in Python use it, as you will see in several future tutorials.

For what it’s worth, many programmers who have been used to languages with more traditional means of block definition have initially recoiled at Python’s way but have gotten comfortable with it and have even grown to prefer it.

The else and elif Clauses

Now you know how to use an if statement to conditionally execute a single statement or a block of several statements. It’s time to find out what else you can do.

Sometimes, you want to evaluate a condition and take one path if it is true but specify an alternative path if it is not. This is accomplished with an else clause:

Here, on the other hand, x is greater than 50, so the first suite is passed over, and the second suite executed:

There is also syntax for branching execution based on several alternatives. For this, use one or more elif (short for else if) clauses. Python evaluates each <expr> in turn and executes the suite corresponding to the first that is true. If none of the expressions are true, and an else clause is specified, then its suite is executed:

An arbitrary number of elif clauses can be specified. The else clause is optional. If it is present, there can be only one, and it must be specified last:

Note: Using a lengthy if/elif/else series can be a little inelegant, especially when the actions are simple statements like print(). In many cases, there may be a more Pythonic way to accomplish the same thing.

Here’s one possible alternative to the example above using the dict.get() method:

Recall from the tutorial on Python dictionaries that the dict.get() method searches a dictionary for the specified key and returns the associated value if it is found, or the given default value if it isn’t.

An if statement with elif clauses uses short-circuit evaluation, analogous to what you saw with the and and or operators. Once one of the expressions is found to be true and its block is executed, none of the remaining expressions are tested. This is demonstrated below:

The second expression contains a division by zero, and the third references an undefined variable var. Either would raise an error, but neither is evaluated because the first condition specified is true.

It is customary to write if <expr> on one line and <statement> indented on the following line like this:

But it is permissible to write an entire if statement on one line. The following is functionally equivalent to the example above:

There can even be more than one <statement> on the same line, separated by semicolons:

But what does this mean? There are two possible interpretations:

Multiple statements may be specified on the same line as an elif or else clause as well:

While all of this works, and the interpreter allows it, it is generally discouraged on the grounds that it leads to poor readability, particularly for complex if statements. PEP 8 specifically recommends against it.

As usual, it is somewhat a matter of taste. Most people would find the following more visually appealing and easier to understand at first glance than the example above:

If an if statement is simple enough, though, putting it all on one line may be reasonable. Something like this probably wouldn’t raise anyone’s hackles too much:

In its simplest form, the syntax of the conditional expression is as follows:

Notice the non-obvious order: the middle expression is evaluated first, and based on that result, one of the expressions on the ends is returned. Here are some examples that will hopefully help clarify:

You can see in PEP 308 that the <conditional_expr> ? <expr1> : <expr2> syntax was considered for Python but ultimately rejected in favor of the syntax shown above.

A common use of the conditional expression is to select variable assignment. For example, suppose you want to find the larger of two numbers. Of course, there is a built-in function max()that does just this (and more) that you could use. But suppose you want to write your own code from scratch.

You could use a standard if statement with an else clause:

But a conditional expression is shorter and arguably more readable as well:

If you want the conditional expression to be evaluated first, you need to surround it with grouping parentheses. In the next example, (x if x > y else y) is evaluated first. The result is y, which is 40, so z is assigned 1 + 40 + 2 = 43:

If you are using a conditional expression as part of a larger expression, it probably is a good idea to use grouping parentheses for clarification even if they are not needed.

In the expression <expr1> if <conditional_expr> else <expr2>:

As before, you can verify this by using terms that would raise an error:

In both cases, the 1/0 terms are not evaluated, so no exception is raised.

Conditional expressions can also be chained together, as a sort of alternative if/elif/elsestructure, as shown here:

It’s not clear that this has any significant advantage over the corresponding if/elif/elsestatement, but it is syntactically correct Python.

Occasionally, you may find that you want to write what is called a code stub: a placeholder for where you will eventually put a block of code that you haven’t implemented yet.

Here, the empty curly braces define an empty block. Perl or C will evaluate the expression x, and then even if it is true, quietly do nothing.

Because Python uses indentation instead of delimiters, it is not possible to specify an empty block. If you introduce an if statement with if <expr>:, something has to come after it, either on the same line or indented on the following line.

If you try to run foo.py, you’ll get this:

The pass statement solves this problem in Python. It doesn’t change program behavior at all. It is used as a placeholder to keep the interpreter happy in any situation where a statement is syntactically required, but you don’t really want to do anything:

With the completion of this tutorial, you are beginning to write Python code that goes beyond simple sequential execution:

All of these concepts are crucial to developing more complex Python code.