Cozmo update makes it easy to write code for robots 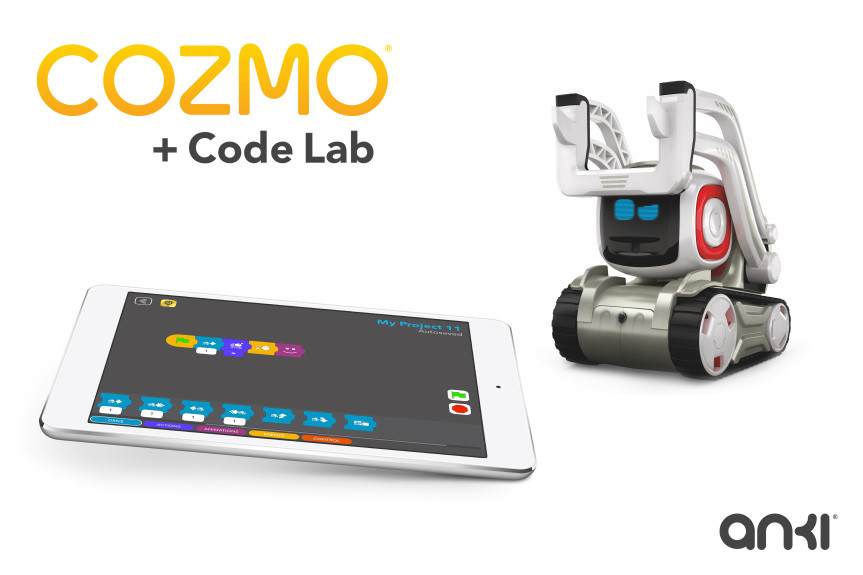 Learning how to code can be daunting. It’s like figuring out a new language. Add robotics to that equation and it can be nigh impossible.

But Anki, the creators of toys-to-life game “Anki Overdrive,” says it doesn’t have to be that way. The robotics company has released a software development kit for its Cozmo robot, but this SDK is different from what it has released before. The company says it has removed the complicated barriers in creating programs and is allowing novices to command Cozmo in nearly any way they want.

Now, players don’t need to know how to type out Python into a console. With Cozmo and new Code Lab section in its app, users can learn how to program the small robot using Scratch Blocks, a programming language that uses visual objects instead of blocks texts. Google and MIT developed the concept together, and it works like virtual Lego blocks, but instead of building structures, users are making commands that Cozmo follows.

Patrick DeNeale, Anki’s vice president of business development and corporate strategy, showed off the new feature at their offices in San Francisco. At the easiest level, Code Lab lets players create code by using five different categories of blocks: animations, actions, events, drive and control. By introducing different blocks to a horizontal line, players can teach Cozmo to look for a human face, display a smile and move back two spaces. Players can choreograph a dance for Cozmo when they tap on one of its toy boxes.

Scratch Blocks simplifies hundreds of lines of code into easy-to-assemble pieces that users can rearrange and experiment with.

It’s like “knowing how to drive without knowing how everything is done under the hood,” DeNeale said.

Ideally, he said Code Lab and Scratch Blocks are meant to teach children the basics of coding and allow them to work with robots. He said the horizontal sections that Code Labs teaches will get users’ feet wet with the basics of coding. If players want to learn more advanced code, they can learn vertical Scratch Block coding. It’s more complicated, but users can teach Cozmo more complex behaviors.

DeNeale flashed a Scratch Blocks vertical code for a watch dog mode, where Cozmo would a patrol desk and greet familiar faces but shout an alert if it detected a stranger. The block structure was more complex than the simple code to make Cozmo smile and move, but Cozmo’s behavior is something that players should be able to program once they complete the 32 Code Lab challenges and experimenting with the machine.

The Code Lab update for Cozmo begins rolling out this week. The small robot, which osts $179.99, works with Android and iOS devices.