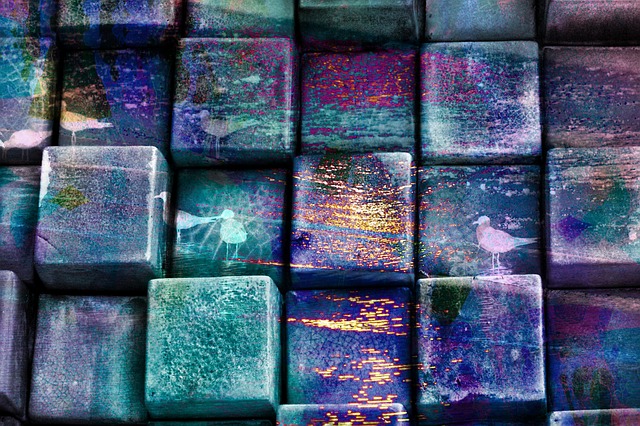 For the past decade, much of my professional life has evolved around making applications and (web)servers talk to each other. After making several contributions to one of the first client side JavaScript frameworks in 2007, I became inspired by the idea of small, data-driven web APIs. Three years later, I had the opportunity to research and implement a project that allowed to make an application available through different remote procedure call (RPC) protocols as my university final thesis.

Since then I had the chance to use and refine many of the patterns I researched during that time in many different environments, from private projects over startups to some of the biggest technology companies in the world and in many different programming languages from Java and Groovy over Python and PHP to NodeJS, where Feathers is the latest distillation of this journey.

More important than the choice of programming language or framework however are the design patterns that we can use to help us create software:

Design patterns are formalized best practices that the programmer can use to solve common problems when designing an application or system.

In this post, I’d like to look at a combination of high level design and architectural patterns that I believe can help create web APIs that are more flexible, maintainable and easier to understand in any programming language.

Defines an application’s boundary with a layer of services that establishes a set of available operations and coordinates the application’s response in each operation.

In its basic form, a service layer provides a set of methods that any other client can use:

The service layer methods itself then implement the application logic and make calls to the databases or models. It does not have to be a class but can also be a set of functions that are publicly exposed. In the context of web APIs, both ways offer several advantages:

Representational State Transfer (REST) is an architectural style that defines a set of constraints for creating web APIs. The term was coined by Roy Fielding in his PHD thesis and expands many of the design decisions that went into the HTTP protocol into a more high level architecture. Although it is most often used in the context of HTTP, REST is an architectural design pattern and not a communication protocol. As one implementation of the REST architecture, HTTP is considered a RESTful protocol.

Since it is not a formally defined protocol there are many opinions on the details of implementing REST APIs. However, the following five constraints must be present for any application to be considered RESTful:

One of the key concept of REST (and the HTTP protocol) are resources. A resource can be anything that is uniquely addressable. This blog post, a list of all my blog posts, a file on a server, an entry in a database or the weather data for a location. The HTTP protocol define a set of operations that can be executed on a single or multiple resources:

The concept of resources and operations is well defined in the HTTP specification. Interestingly this is something very few web frameworks actively try to help with. Instead of helping to deal with resources and those operations they either focus on low-level handling of individual HTTP requests and responses (routing, headers etc.) or forcing the resource oriented HTTP protocol and its operations into arbitrary (controller) actions. I still believe that the inconsistencies in many web APIs that claim to be RESTful are not a problem of REST as an architecture but of web frameworks failing to provide the structure to follow it properly.

Ultimately it is mostly a conceptual change in how to approach an application interface. Instead of implementing actions (createUser, resetPassword or sendMessage) we can look at it from the perspective of resources and operations (user.create , user.patch({ password }) or message.create). If we limit the operations to those already defined in the HTTP protocol this maps naturally to a web API.

In the service layer section we looked at the advantages that it can bring to testability, protocol independence and self-documentation. This can now be combined with the REST constraints of resources and a uniform interface to create a protocol independent service that mirrors the HTTP methods:

It gives us an intuitive but powerful abstraction for dealing with almost any kind of data:

This interface allows us to implement our application logic in a resource oriented way with all the advantages discussed in the service layer and REST sections. Although it directly reflects the HTTP methods, it is protocol independent and we do not have to write individual HTTP request and response handlers. Instead, this can be done in a separate handler that only has to know about this service interface.

Another advantage of this approach is that we can add handlers for other protocols without having to change our services. Websockets, for example, can not just send events from the server to the client. Most websocket libraries allow fully bi-directional communication that can completely replace HTTP and often also be faster.

While the RESTful service layer gives us a neat interface to create RESTful web APIs, most applications also require functionality that is not part of a services core responsibility or that applies to multiple services (cross-cutting concerns). For example:

The solution has many different names: Middleware, Unix pipes, Aspect Oriented Programming, Feathers hooks, but it all comes down to the same thing. What we need is a way to register functionality that runs before or after a method. It should have access to the context of the method call and can decide when and if it wants to pass control to the next step. It may also run further functionality once all other middleware has completed (e.g. for logging or adding information to the result).

In Aspect Oriented Programming, which allows to add additional functionality into classes, this is done at compile time. For dynamic languages it can be a little more flexible by extending the methods at runtime. One pattern used for this in languages that allow a more functional approach is the so called continuation-passing style:

In functional programming, continuation-passing style (CPS) is a style of programming in which control is passed explicitly in the form of a continuation.

This Wikipedia definition might sound a little abstract but it is very common especially in NodeJS where it is known as middleware and popularized by web frameworks like Express and Koa. The idea is to have layers of HTTP request/response handlers that each do something specific and can decide when to pass processing on to the next handler. The following example shows a Koa application with middleware that

Although most popular for handling HTTP requests this pattern is generally very helpful for anything that requires a configurable asynchronous processing workflow. Applied to our RESTful service layer we can register the same kind of middleware for each method.

Instead of the HTTP request or response in the context it contains protocol independent information about the parameters (e.g. id, data or params) and how it was called (e.g. the method name and service object):

Here we can already see how the runtime and createdAt middleware could be used with any other service independent of the database and without having to be modified.

Real-time updates mean that clients get actively notified about changes in the system. It is not a part of the REST architecture or the HTTP protocol but it fits almost naturally into the concept of the uniform interface. Since we know the side effects of each method we can automatically send certain notifications once they complete:

Clients can then listen to the events they are interested in and update their state accordingly. This also fits well into the RESTful service layer and middleware pattern. Sending those events can be implemented as just another middleware that runs last and publishes the final result. Even though HTTP does not support real-time updates, clients using other protocols (like websockets) can also still be notified about those events through their protocol handler.

This is a great middle ground between completely custom websocket events and proprietary real-time solutions like Firebase key-value observation. With completely custom events it is all up to the developer to know what the event means and make the appropriate updates whereas out-of-the-box solutions like Firebase or Meteor use real-time protocols that are difficult to use directly and usually require specific client side libraries.

With events from RESTful services we know which events we will get and what data to expect. This allows to create generic tooling without having to implement a complex real-time data protocol. These events combine especially well with functional reactive programming (FRP) to create user interfaces based on real-time data streams. I plan on discussing this more in a future post but to get a better idea, the following video shows an introduction to Feathers and how to use those events and FRP to create a real-time application in React:

Design patterns are best practises that can help us create software that is more maintainable, flexible and easier to understand no matter which programming language or framework. In this post we looked at several design and architectural patterns that can help create web APIs:

Combined, they allow us to create web APIs that are easier to understand and maintain through a common service interface, more flexible with the help of middleware and future-proof by being protocol agnostic and real-time friendly.

I believe that especially the protocol independent and real-time approach will be very important for the future of connected applications and would love to see more frameworks and applications exploring it.