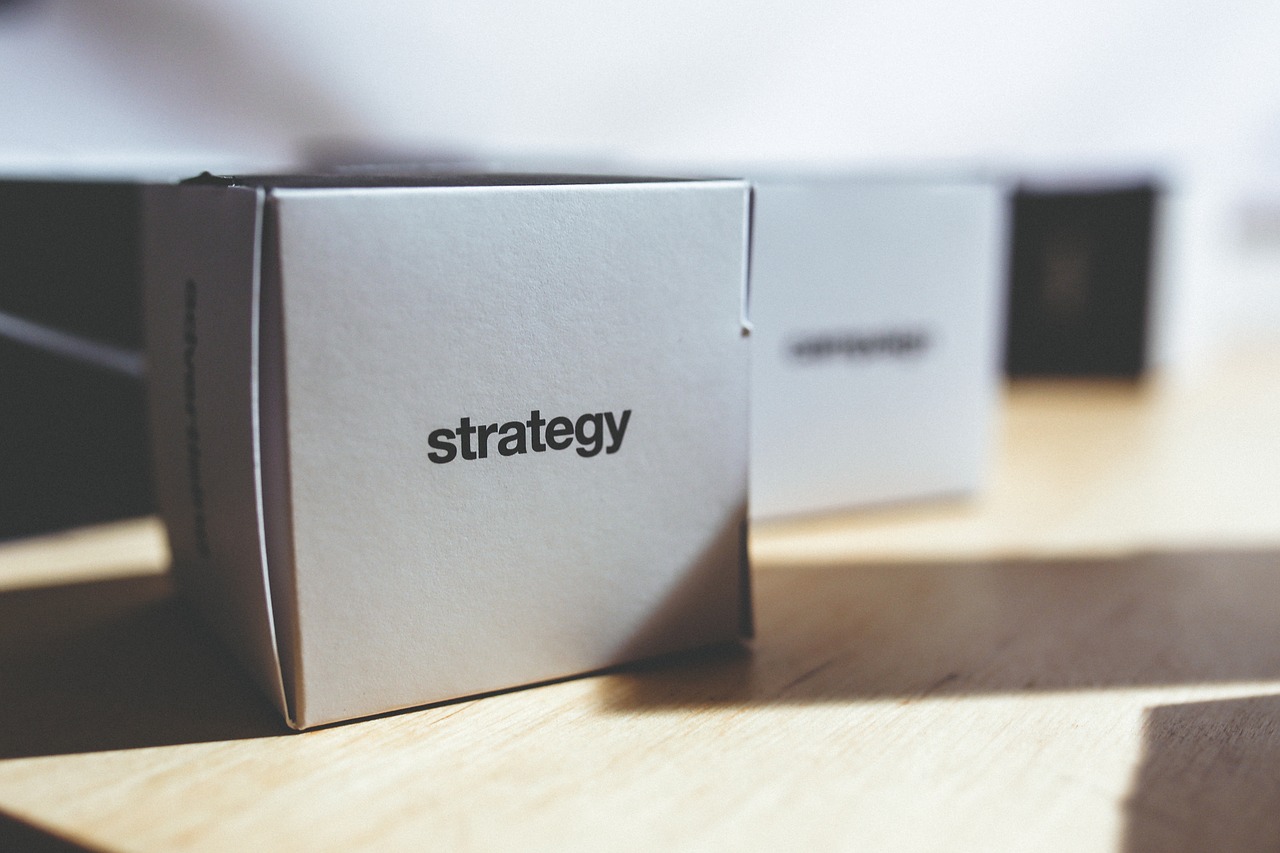 These days, the biggest change to software development is the frequency of deployments. Product teams deploy releases to production earlier (and more often). Months or years-long release cycles are becoming rare—especially among those building pure software products.

Today, using a service-oriented architecture and microservices approach, developers can design a code base to be modular. This allows them to write and deploy changes to different parts of the code base simultaneously.

The business benefits of shorter deployment cycles are clear:

However, this shift also creates new challenges for the operations or DevOps team. With more frequent deployments, it’s more likely that the deployed code could negatively affect site reliability or customer experience. That’s why it’s important to develop strategies for deploying code that minimize risk to the product and customers.

In this article, we’ll talk about a few different deployment strategies, best practices, and tools that will allow your team to work faster and more reliably.

Modern applications are often distributed and cloud-based. They can scale elastically to meet demand, and are more resilient to failure thanks to highly-available architectures. They may utilize fully managed services like AWS Lambda or Elastic Container Service (ECS) where the platform handles some of the operational responsibility.

These applications almost always have frequent deployments. For example, a mobile application or an consumer web application may undergo several changes within a month. Some are even deployed to production multiple times a day.

They often use microservice architectures in which several components work together to deliver full functionality. There can be different release cycles for different components, but they all have to work together seamlessly.

The increased number of moving parts mean more chances for something to go wrong. With multiple development teams making changes throughout the codebase, it can be difficult to determine the root cause of a problem when one inevitably occurs.

To meet these challenges, application and infrastructure teams should devise and adopt a deployment strategy suitable for their use case.

We will review several and discuss the pros and cons of several different deployment strategies so you can choose which one suits your organization.

As the name suggests, “big bang” deployments update whole or large parts of an application in one fell swoop. This strategy goes back to the days when software was released on physical media and installed by the customer.

Modern applications have the advantage of updating regularly and automatically on either the client side or the server side. That makes the big bang approach slower and less agile for modern teams.

Characteristics of big bang deployment include:

Big bang deployments aren’t suitable for modern applications because the risks are unacceptable for public-facing or business-critical applications where outages mean huge financial loss. Rollbacks are often costly, time-consuming, or even impossible.

The big bang approach can be suitable for non-production systems (e.g., re-creating a development environment) or vendor-packaged solutions like desktop applications.

Rolling, phased, or step deployments are better than big bang deployments because they minimize many of the associated risks, including user-facing downtime without easy rollbacks.

In a rolling deployment, an application’s new version gradually replaces the old one. The actual deployment happens over a period of time. During that time, new and old versions will coexist without affecting functionality or user experience. This process makes it easier to roll back any new component incompatible with the old components. 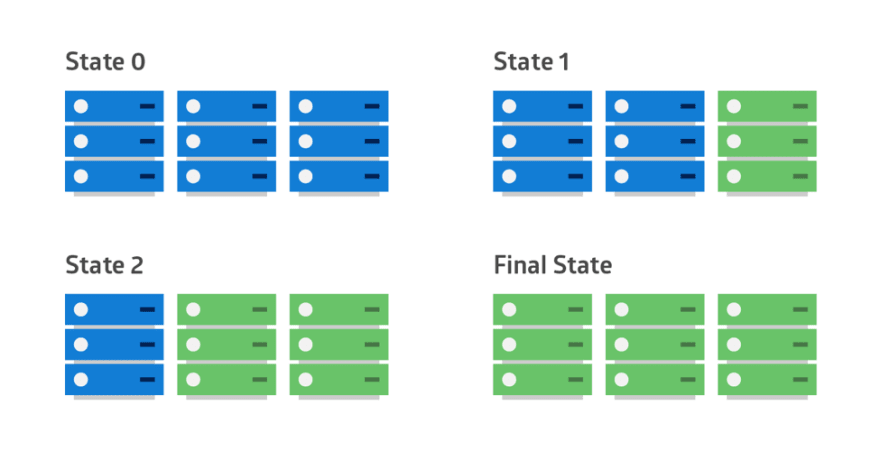 An application suite upgrade is an example of a rolling deployment. If the original applications were deployed in containers, the upgrade can tackle one container at a time. Each container is modified to download the latest image from the app vendor’s site. If there is a compatibility issue for one of the apps, the older image can recreate the container. In this case, the new and old versions of the suite’s applications coexist until every app is upgraded.

This is another fail-safe process. In this method, two identical production environments work in parallel.

One is the currently-running production environment receiving all user traffic (depicted as Blue). The other is a clone of it, but idle (Green). Both use the same database back-end and app configuration: 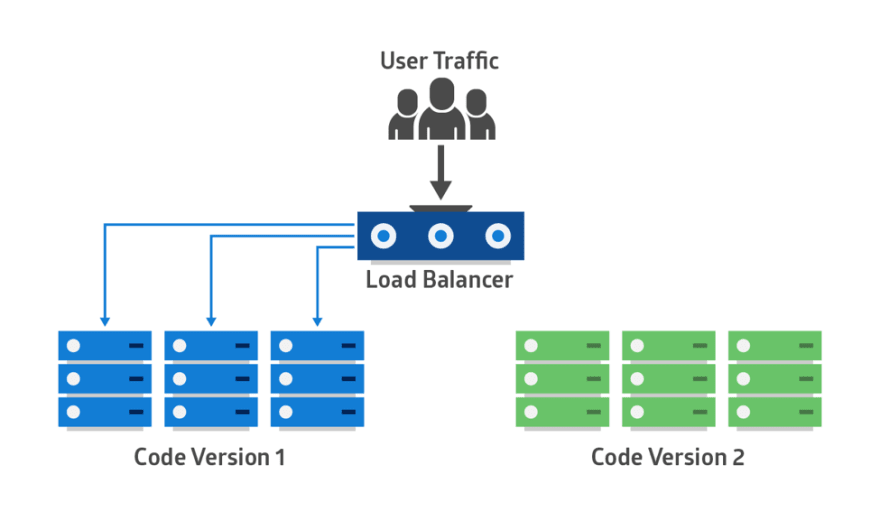 The new version of the application is deployed in the green environment and tested for functionality and performance. Once the testing results are successful, application traffic is routed from blue to green. Green then becomes the new production. 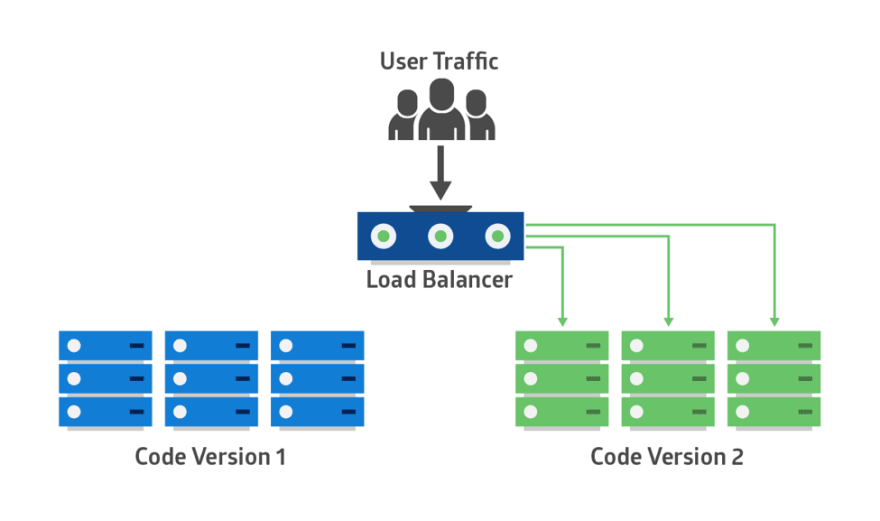 If there is an issue after green becomes live, traffic can be routed back to blue.

In a blue-green deployment, both systems use the same persistence layer or database back end. It’s essential to keep the application data in sync, but a mirrored database can help achieve that.

You can use the primary database by blue for write operations and use the secondary by green for read operations. During switchover from blue to green, the database is failed over from primary to secondary. If green also needs to write data during testing, the databases can be in bidirectional replication.

Once green becomes live, you can shut down or recycle the old blue instances. You might deploy a newer version on those instances and make them the new green for the next release.

Blue-green deployments rely on traffic routing. This can be done by updating DNS CNAMES for hosts. However, long TTL values can delay these changes. Alternatively, you can change the load balancer settings so the changes take effect immediately. Features like connection draining in ELB can be used to serve in-flight connections.

Canary deployment is like blue-green, except it’s more risk-averse. Instead of switching from blue to green in one step, you use a phased approach.

With canary deployment, you deploy a new application code in a small part of the production infrastructure. Once the application is signed off for release, only a few users are routed to it. This minimizes any impact.

With no errors reported, the new version can gradually roll out to the rest of the infrastructure. The image below demonstrates canary deployment: 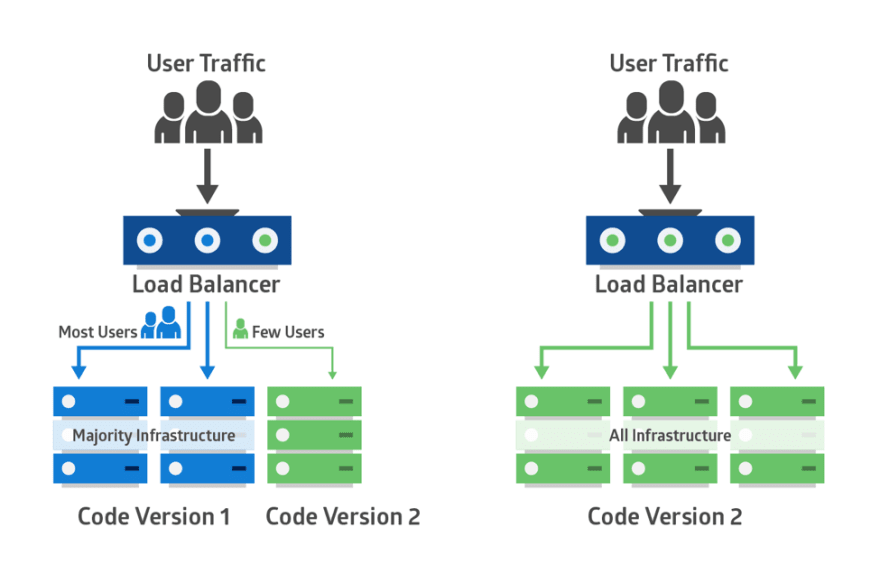 The main challenge of canary deployment is to devise a way to route some users to the new application. Also, some applications may always need the same group of users for testing, while others may require a different group every time.

Modern application teams can follow a number of best practices to keep deployment risks to a minimum:

Even after you adopt all of those best practices, things may still fall through the crack. Because of that, monitoring for issues occurring immediately after a deployment is as important as planning and executing a perfect deployment.

An error-monitoring solution like Rollbar is equally essential. It will quickly notify your team of new or reactivated errors from a deployment that could uncover important bugs requiring immediate attention.

Without an error monitoring tool, the bugs may never have been discovered. While a few users who encounter the bugs will take the time to report them, most others don’t. The negative customer experience can lead to satisfaction issues over time, or worse, prevent business transactions from taking place now.

An error monitoring tool also creates a shared visibility of all the post-deployment issues among Operations / DevOps teams and developers. This shared understanding allows the teams to be more collaborative and responsive.