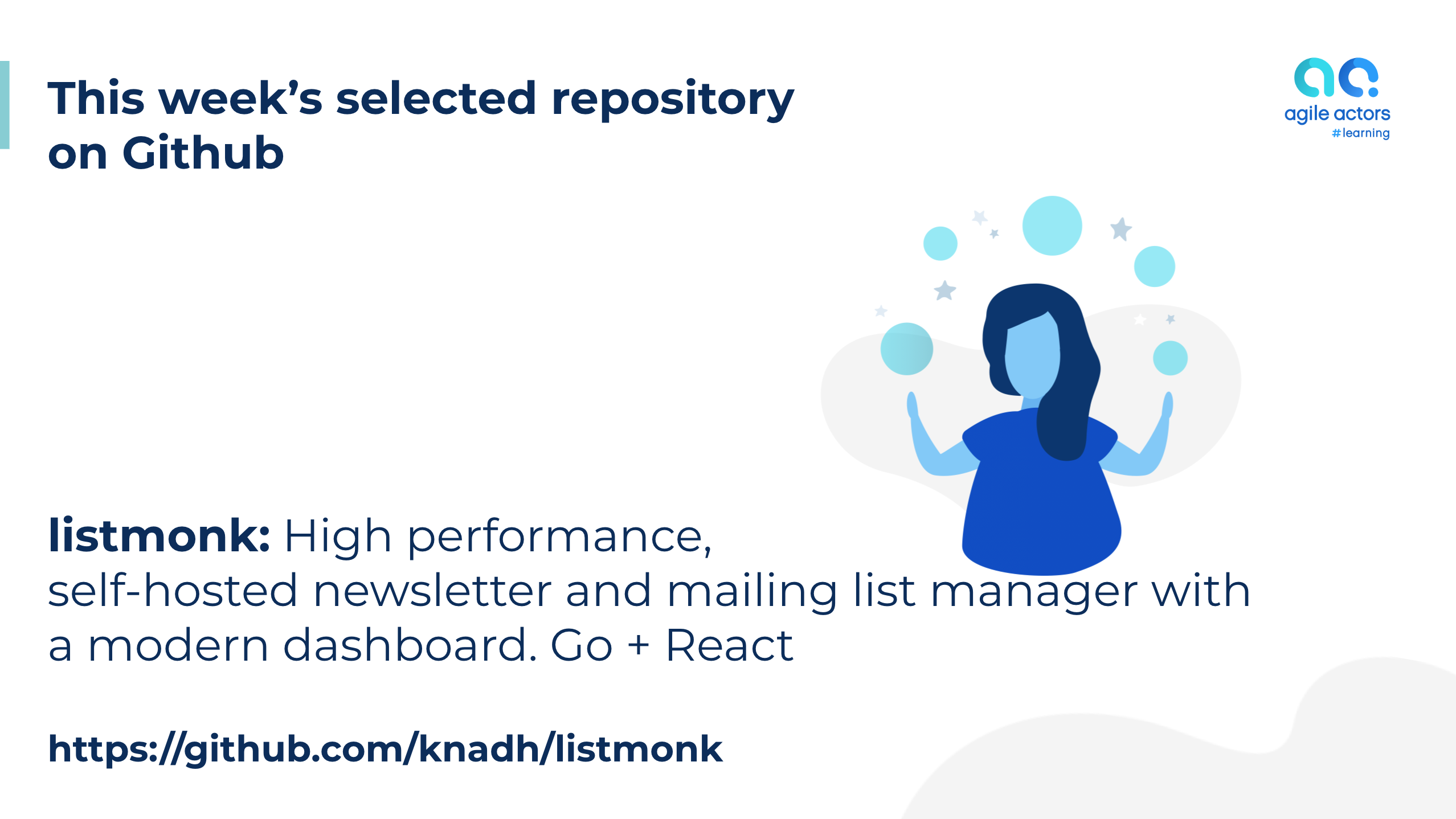 listmonk is alpha software and may change and break. Use with caution. That said, it has been in active use at zerodha.com for several months where it has processed hundreds of campaigns and tens of millions of e-mails.

listmonk is a standalone, self-hosted, newsletter and mailing list manager. It is fast, feature-rich, and packed into a single binary. It uses a PostgreSQL database as its data store.

You can pull the official Docker Image from Docker Hub.

You can checkout the docker-compose.yml to get an idea of how to run listmonk with PostgreSQL together using Docker.

Alternatively, to run a demo of listmonk, you can quickly spin up a container docker-compose up -d demo-db demo-app. NOTE: This doesn’t persist Postgres data after you stop and remove the container, this setup is intended only for demo. DO NOTuse the demo setup in production.

Help and documentation (work in progress).

listmonk is free, open source software licensed under AGPLv3. There are several essential features such as user auth/management and bounce tracking that are currently missing. Contributions are welcome.

The backend is written in Go and the frontend is in React with Ant Design for UI. See developer setup to get started.