Python Terminologies – Important terms you must know as a Python Developer 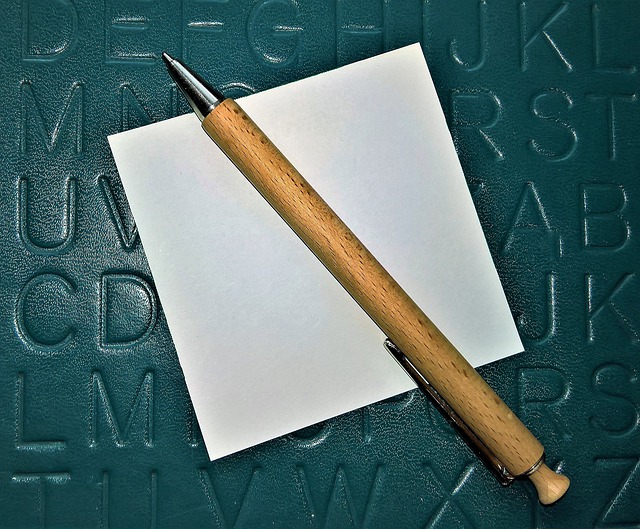 Moving ahead in our Python Tutorial, today this article will make you familiar with the important concept in Python that is, Python terminologies. In future, you will come across all these terms in various books and tutorials while learning Python.

So without wasting any time let’s begin with our tutorial on Python Terminologies!

When you open the Python shell, you will find this as the default Python prompt of the shell. This is where you write small snippets of code and press enter to run it.

As Python 2 is soon going to be obsolete, coders are now switching from Python 2 to 3. To make the transition easier, we have a tool that converts any code written in Python 2.x to Python 3.x. It is available in the standard library.

Annotations specify the expected type for a variable, a class attribute, or a function parameter or return value through a ‘type hint’.

It is a command-line parsing module in Python’s standard library that parses command-line options, arguments and subcommands.

It is the value we pass to a function during the function call. There are two basic types of arguments:

Dive a little deep into the concept of Python Function Argument in detail with Techvidvan.

An asynchronous context manager is an object that controls the environment by defining __aenter__() and __aexit__() methods. It allows you to allocate and release the resources as you need.

It is a function that returns an asynchronous generator iterator. It looks similar to our usual function except that we define it using ‘async def’ instead of ‘def’, and it contains ‘yield’ expressions.

Get yourself a complete easy to learn free guide for Python Generator.

It is an object that returns an asynchronous iterator from its __aiter__() method.

The creator of Python, Guido Van Rossum, was titled the “Benevolent Dictator for Life”! Told you Python was interesting in ways you couldn’t have imagined!!

It is a group of statements executing as a single unit.

A file object that stores information in the form of bytes, i.e, 0s and 1s. A binary file object is able to read and write bytes-like objects.

A break statement ‘breaks’ the usual control flow of execution. We use break to exit out of a loop.

This is a blueprint for creating user-defined objects of similar type. Class definitions group together data and method definitions operating on that data.

This is the variable whose definition is present inside a class and belongs only to that class. The scope of such a variable is confined at the class level and cannot be modified or accessed outside of it.

While performing an operation that involves two arguments of the same type, Python might have to implicitly convert an instance of one type to another. This process of converting a value of one type to another is known as coercion. Example, to perform 2 / 3.0, the interpreter will have to convert int 2 into float 2.0, resulting in:

An object that controls and manages the resources and the environment as seen in a ‘with’ statement.

Depending on different contexts, a variable can have different values. Such variables are known as context variables.

A more generalised form of subroutines is termed as a coroutine. Coroutines are implemented using the ‘async def’ statement.

Conditional statements determine which block of code should be executed depending on the boolean value of a conditional expression.

CPython is the standard implementation of the Python Programming language. Coders and authors explicitly use this term while distinguishing this implementation of Python from others such as Jython or IronPython.

Debugging refers to the process of finding and removing bugs(errors) in a code.

We use decorators to add new functionality to an existing object or function without modifying its structure. Examples include, classmethod() and staticmethod().

Any object defining the methods __get__(), __set__(), or __delete__() is termed as a descriptor. Descriptors form a basis for many features, like functions, methods, properties, class methods, static methods, making them significant in Python.

Get familiar with the concept of Python Methods in detail.

It is an unordered collection of key-value pairs. It is a mapping of arbitrary keys to values.

The methods dict.keys(), dict.values(), and dict.items(), return some objects. These objcets are known as dictionary views. These methods access the keys and values of the dictionary.

Duck typing is a programming style used by Python. “If it looks like a duck and quacks like a duck, it must be a duck.” Since Python is ‘dynamically-typed’, it uses duck typing to determine the type of an object. Duck typing believes that while determining if the object is suitable for a given purpose, an object’s type is less important than the method it defines.

It is a module written in another language like C or C++, using Python’s C Application Programming Interface.

The f-strings, stands for formatted string literals are those strings which are prefixed with ‘f’ or ‘F’. A formatted string contains normal strings together with “argument specifiers” or “place-holders”.

Time to take a quick revision on Python Strings with Techvidvan.

File objects are used to perform operations on a file. These operations include accessing and manipulating files by reading and writing to it.

When we import a module into our Python code, the interpreter is responsible for loading it into our program. A finder is an object which finds the loader for the imported module.

A block of statements which performs some operation and returns some value to the caller. A function can be passed zero or more arguments.

Function annotations indicate the type of function parameters and the expected type of value the function should return.

In this function, the two parameters should be integer type and the function should return a value of type integer as well.

Garbage collection refers to the process of freeing (collecting) memory which is not in use anymore so that it can be used later. The control of garbage collection lies within the gc module.

A generator is a function that returns a generator iterator. It looks similar to the normal function definition except that it contains ‘yield’ expressions.

An object created and returned by a generator function. Each yield temporarily suspends the execution and the generator iterator picks up where it left off in the next execution state.

An expression that is followed by a ‘for’ clause and returns an iterator.

This expression returns the sum of all the numbers from 0 to 9.

It is the function which contains multiple implementations of the same operation for different data types. The implementation to be used during a call is determined at runtime using the dispatch algorithm.

A programming language which is easy for humans and difficult for machines to read and understand.

An object is hashable if the hash value generated for it (using a __hash__() method) never changes during its lifetime.

IDLE is short for Integrated Development Environment for Python. It is the editor and interpreter used for building and executing Python programs.

An object whose value can’t be changed during execution is known as an immutable object. Example, numbers, strings, tuples.

It is a list of locations where the path based finder searches for modules to import. This list usually comes from sys.path.

Importing means loading the code of one module to another module so that it can be reused.

An object which is responsible for finding and loading a module that is being imported.

Python uses whitespaces to mark the beginning and end of a code block.

Python’s interpreter is interactive in the sense that you can run small snippets of code in the Python shell. The interpreter will immediately run them for you and show the result for it.

Python uses an interpreter for converting its source code into machine code and executing it. That’s why Python is known as an interpreted language.

You can ask the interpreter to shut down. upon which the interpreter will enter a phase where it will release all the allocated resources. It will also make calls to the garbage collector.

An object which can be iterated over or which can return its members one at a time is known as an iterable.

This is an object that represents a stream of data. The successive items in this stream can be returned using repeated calls to __next__() method.

Here we come to the end of our article on Python Terminologies. In this article, we explored few numbers of terminologies if Python. This was just the first part of all the important terminologies we have in Python. We have some more for you. Stick along for the second and final part!

Thank you for reading our article. If you have any queries related to Python Terminologies, do let us know by dropping a comment below.