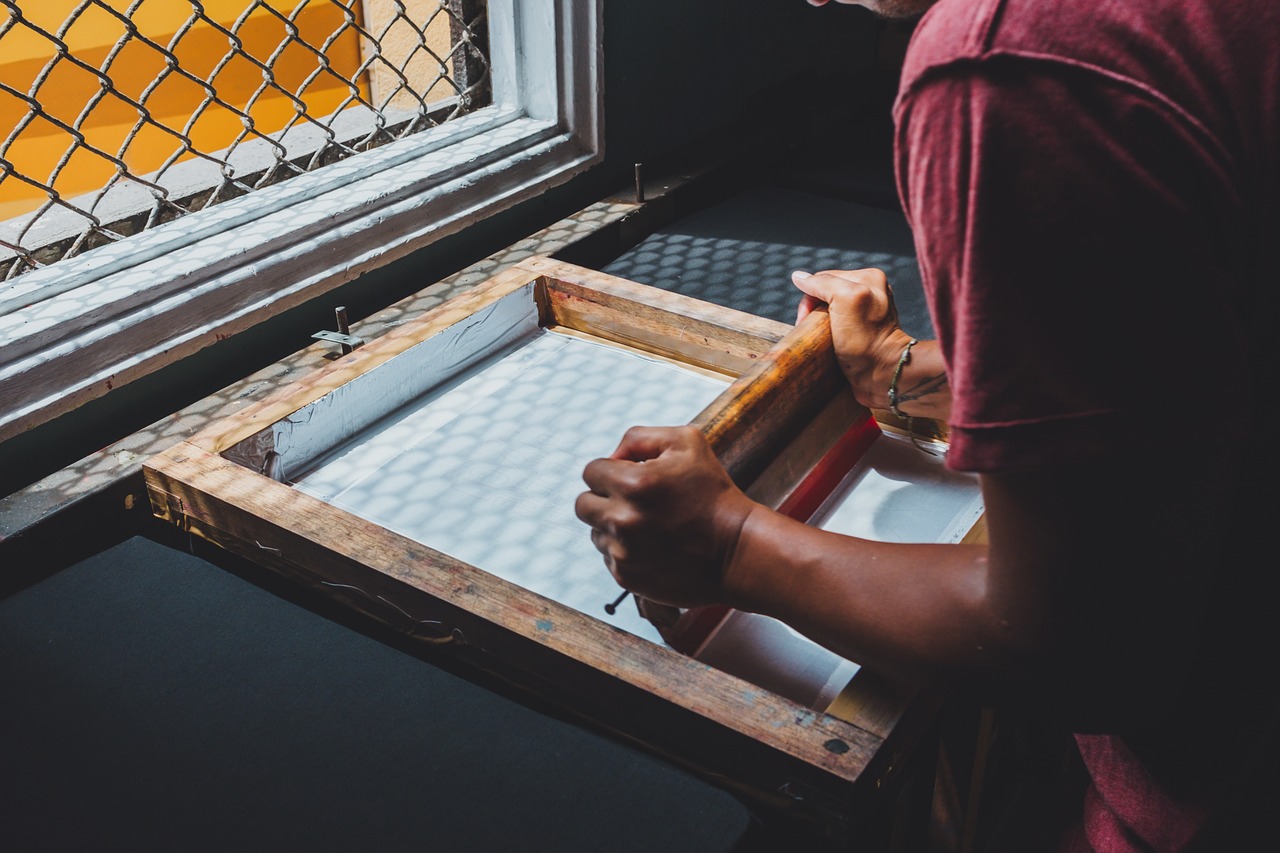 Java is still the most popular programming language in the world. It comes with a vast ecosystem and more than 9 million Java developers worldwide. Although Java is not the most straightforward language, you don’t have to write Java programs from scratch. There are many excellent Java frameworks to write web and mobile applications, microservices, and REST APIs that run on the Java Virtual Machine.

Java frameworks allow you to focus on the business logic of your apps instead of writing basic functionality such as making database connections or handling exceptions. Also, if you have some experience with Java, you can get started quickly. The frameworks all use the same syntax and work with similar terms, paradigms, and concepts.

Our top 17 Java frameworks are:

GWT, or the Google Web Toolkit, is a brilliant web framework created by Google. In fact, GWT fullfills the dream of every developer who wants to build Java apps for the web, as it allows you to write client-side Java code and deploy it as JavaScript for the browser.

It is pronounced as “gwit,” and it’s a stable and well-maintained Java framework. Nothing proves that better than its presence in several Google products such as AdWords, AdSense, Blogger, and Google Wallet. Google Web Toolkit has a spectacular website with all the tools and resources you may need, such as tutorials, developer guides, a starter application, and an Eclipse plugin.

It is a lightweight and high-performance Java framework that allows you to build fast web applications in a straightforward way. The creators want users to understand the whole framework in a single day. Therefore, Blade focuses on simplicity and elegance.

Grails is a web application framework that uses the Groovy programming language. Groovy is an object-oriented language for the Java platform that intends to enhance developer productivity. Its syntax is compatible with Java, and it’s compiled to JVM (Java Virtual Machine) bytecode.

This is a high-performance but straightforward Java framework for rapid development of RESTful web services. It’s especially suitable for creating Java microservices.

The Dropwizard framework pulls together several well-established Java libraries to provide you with a fast and distraction-free development platform. It comes with an embedded Jetty server, Google Guava, Logback, Hibernate Validator, Joda Time, and many other popular Java libraries. Besides, Dropwizard also contains Jersey with which you can build RESTful web services and Jackson for processing JSON. You can think of Dropwizard as a separate ecosystem that contains all the dependencies mentioned above bundled into a single package.

This is a stable object-relational mapping framework that makes better communication possible between the Java programming language and relational database management systems (RDBMSs).

When you work with object-oriented languages like Java, you’ll encounter a problem called Object-Relational Impedance Mismatch (sometimes also called Paradigm Mismatch). OO languages and RDBMSs handle data differently, which can lead to mis-match problems. While OO languages structure data as a hierarchy of objects, relational databases represent data in a tabular format. For instance, one of these mismatch problems is when the object model has more classes than the number of available tables in the relational database.

JavaServer Faces (JSF) is developed by Oracle as a specification for building user interfaces for Java-based web applications. It’s an official standard of the Java Community Process (JCP) initiative as well.

The first version of JavaServer Faces was released back in 2004, so it’s a pretty stable framework. It follows the MVC software design pattern and has a component-based architecture. With JavaServer Faces, you can build user interfaces of reusable components, manage the state of your components, connect them to data sources, and bind user-generated events to event handlers on the server side.

JHipster is a newer Java framework (released in 2013) that brings the Spring Boot and the two most popular front-end frameworks (Angular and React) together, in one handy application generator. With JHipster, you can quickly generate modern Java-based web applications and microservices.

MyBatis is a so-called persistence framework for Java applications, that makes it easier and faster to work with relational (SQL) databases. The framework acts as a middleware between the application and the database and fixes the issues stemming from their different architecture.

The Play framework makes it possible to build lightweight and web-friendly Java and Scala applications for desktop and mobile interfaces. Play is an incredibly popular framework, used by companies like LinkedIn, Samsung, Walmart, The Guardian, Verizon, and many others.

Often is compared to powerful web frameworks of other programming languages, such as Ruby on Rails for Ruby, or Django for Python. In fact, Play is a unique Java framework in the sense that it doesn’t rely on the Java EE standards. Instead, it intends to eliminate all the inconveniences of traditional Java web development such as slow development cycles and too much configuration. It more resembles the web frameworks of scripting languages (PHP, Python, Ruby, etc.) as much as possible.

Is a popular web framework for creating lightweight user interfaces for Java EE and JavaServer Faces (see above) applications. It’s used by many Fortune 500 companies, government entities, and educational institutions.

The PrimeFaces library is truly lightweight. It’s packaged as a single JAR file, requires zero configuration, and doesn’t have any dependencies. It allows you to create a user interface for your Java application by offering you a rich set of components (100+), a built-in skinning framework, and pre-designed themes and layouts. As PrimeFaces is built on top of JavaServer Faces, it inherits its features such as rapid application development. You can also add the framework to any Java projects.

The Spark Framework is a micro framework and domain-specific language for the Java and Kotlin programming languages. Kotlin also runs on JVM, and it’s 100% interoperable with Java. With Spark, you can painlessly develop web applications, microservices, and REST APIs.

Micro frameworks first appeared in scripting languages like Ruby and PHP and quickly gained traction due to their focus on development speed and simplicity. Spark was inspired by the Sinatra web application framework for Ruby and first released in 2011. It’s not an MVC framework but lets you structure your app as you want. As with most micro frameworks, it has a small code base, needs minimal configuration, and doesn’t require you to write too much boilerplate code.

The Spring Framework is probably the most well-known Java framework out there, with a huge ecosystem and an active community around it. It allows you to build enterprise-level Java applications, web services, and microservices.

This framework started as a dependency injection tool, but over the years it has developed into a full-scale application framework. It provides you with an all-inclusive programming and configuration model that comes with support for generic tasks such as establishing a database connection or handling exceptions. Besides Java, you can also use the framework together with Kotlin and Groovy, both of which run on the Java Virtual Machine.

Struts is a full-featured Java web application framework maintained and developed by the Apache Software Foundation. It’s a solid platform with a vast community, often compared to the Spring Framework. Struts allow you to create enterprise-level Java applications that are easy to maintain over time.

It follows the MVC software design pattern and has a plugin-based architecture. Plugins make it possible to extend the framework to fit with different project needs. Struts plugins are basic JAR packages. Therefore, they are portable and you can also add them to the classpath of your app. Some plugins are bundled with the framework (JSON plugin, REST plugin, Config Browser Plugin, etc.), while you can add others from third-party sources.

Tapestry is a component-based Java framework with which you can create scalable web applications. Its focus on reusable components makes it architecturally similar to JavaServer Faces and the Wicket framework. Just like Struts, Tapestry is also a project of the Apache Software Foundation.

You can write Tapestry pages and components as plain old Java objects (POJOs). Therefore, you can access the whole Java ecosystem from the framework. Besides Java, Tapestry also supports Groovy and Scala and integrates with other Java frameworks such as Hibernate and Spring. Tapestry has been built with performance in mind; therefore it provides you with features like live class reloading, exception reporting, Ajax support, and built-in components and templates.

Vaadin provides you with a platform for streamlined Java development. It allows you to build web applications of customizable components that focus on performance, UX, and accessibility.

The most interesting thing to know about Vaadin is that its latest release has been so significant that even major media outlets reported it. Vaadin 10 approaches web app development in an entirely new way: it gives developers direct access to the DOM from the Java Virtual Machine. With the new release, the Vaadin team split the previously monolithic framework into two parts. It has a lightweight Java framework called Vaadin Flow that handles routing and server-client communication and a set of UI components that run in the user’s browser.

Vert.x is a polyglot framework running on the Java Virtual Machine. It allows you to write your apps in programming languages such as Java, JavaScript, Groovy, Ruby, Scala, and Kotlin. Its event-driven architecture results in applications that scale nicely even with minimal hardware resources.

It is developed and maintained by the Eclipse Foundation whose most famous project is the Eclipse IDE for Java development. And, who would know more about Java than the creator of Eclipse? The ‘x’ in Vert.x refers to its polyglottic nature, meaning that you can write valid code in several different languages. It provides idiomatic APIs for every supported programming language.

Wicket is a component-based web application framework similar to JavaServer Faces and Tapestry. It allows you to write elegant, user-friendly apps using pure Java and HTML code. The framework is maintained by the Apache Software Foundation, just like Struts and Tapestry.

As Wicket is a component-based framework, Wicket apps are made up of reusable pages and components such as images, buttons, links, forms, and others. Programming a Wicket app centers around POJOs, therefore components are also ordinary Java objects with object-oriented features such as encapsulation and inheritance. Components are bundled as reusable packages, so you can add custom CSS and JavaScript to them.