The best new CSS features for 2022 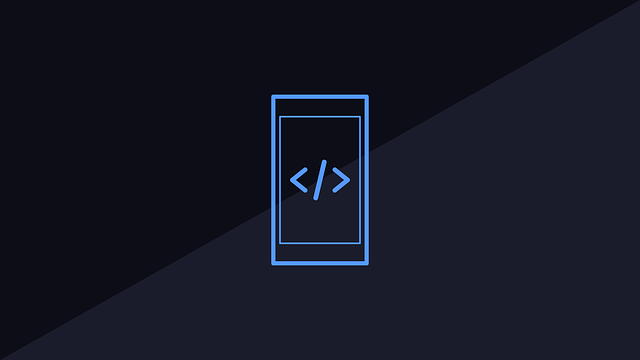 Cascading Style Sheets (CSS) first dropped in 1996, and it remains an essential, evolving part of the web development stack. Like other living languages, CSS is constantly introducing new features in response to real-world practices. This quick evolution can make it easy for even dedicated developers to miss new features. Here’s a look at the most useful new and upcoming features in CSS.

Since its inception, developers have complained about certain monstrous shortcomings in CSS. Some commonplace tasks, like centering something in CSS, require overly complex workarounds and finagling. Another big issue was getting a reasonable grid layout, at least until the CSS Grid Layout module stepped into the breach.

A grid layout is denoted with the display: grid declaration and is a kind of cousin to Flexbox, in that it lets you define rectangular layouts but also control your grid in two dimensions. Research shows that most developers with our hands in CSS are aware of Grid Layout, and many of us are using it. (If you aren’t using it yet, check it out!)

Subgrid is a new and very helpful feature for the Grid Layout module. The subgrid feature lets you define a child grid that will inherit its parent’s layout. This is distinct from nesting a grid display within another; in that case, the child grid defines its own dimensions and gaps. With subgrid, the parent’s layout is applied to the subgrid but the subgrid can still override aspects of the layout if necessary.

As of the time of writing, subgrid is only implemented in Firefox 71 or higher, but it’s on the roadmap for Safari WebKit, Google Chrome, and Microsoft Edge. Subgrid is going to be a very helpful layout feature going forward.

Some display elements are traditionally difficult to style despite being commonly used. Checkboxes and radio buttons, for instance, are often replaced with a custom widget that mimics the behavior of these elements while hiding the browser’s implementation. The new CSS accent-color option allows you to target these elements.

For example, you could apply a magenta color to all the radio buttons on your page, as shown in Listing 1 (also see this live example).

CSS offers a handy set of properties for controlling the scroll snap action in a web browser. Some parts of this functionality have been in place for a couple of years while others are still being rolled out to more recent browser versions.

What’s interesting is that over a third of CSS users still aren’t aware of scroll snap.

The scroll-snap-* properties command gives you quite a few ways to fine-tune how the scroll position works on a container. Developers get greater precision and end users get a smoother, more controlled user experience.

Listing 2 gives a small example of controlling the scroll snap on a div (also see this live example).

You can also modify this behavior. For example, you could set the scroll-snap-type property to y proximity. That does as you’d expect, and snaps only when the scroll nears the proximity of the element.

As a side note, the related overscroll-behavior property lets you define how nested-scroll containers behave.

If you’ve ever wanted to set a container border on the left and right, or bottom and top, you’ve experienced the annoyance of having to write out the border-left and border-right, or border-top, border-bottom properties verbatim. The issue is that there’s no way to leverage the shortcut property without also affecting the borders you don’t want to manipulate. This inconvenience also applies to elements like padding and margins.

These are useful shortcuts for borders, but you can also find the inline and block logical keywords in a host of other properties.

Most developers use these shortcuts to deal with text-direction and writing-mode considerations. In these cases, using a property like padding-inline-end lets you target the trailing padding regardless of what text direction is active. Basically, the abstraction to inline and block allows for writing generalized styles that apply to a variety of settings. See CSS Logical Properties and Values for a more in-depth discussion.

Container queries are not fully stabilized in CSS, but they are coming soon. They’ll make a big impact on how we think about responsive design. The basic idea is that you will be able to set a breakpoint not just based on viewport and media, but on the size of a parent container.

The syntax is not fully defined, but it will likely be something like Listing 4.

Consider how powerful it will be to fine-tune a layout based on the size of different containers, which are manifested throughout the nested layers of a UI. This is a fairly sweeping change that will probably instigate a wave of interface innovations.

While we’re thinking about the new @container query, did you know that conditional @when and @else query support is also on the horizon? It is not yet supported by any of the major browsers, but it’s a feature that will be coming in the not-too-distant future.

The @when and @else queries enable a conditional if/then-style logic flow when dealing with media and support queries. They will simplify your life in many complex CSS situations and layouts.

HWB stands for hue, whiteness, and blackness. It’s a neat addition that is notable for its human readability—you pick a color and then add white and black. It’s supported in recent versions of Chrome, Firefox, and Safari. (The Microsoft Edge feature reference is oddly silent on this topic.) See hwb() – a color notation for humans? to learn more about HWB. Like RGB and HWL, it supports an alpha channel for transparency.

LCH, short for lightness, chroma, and hue, is notable for increasing the range of available colors. LCH colors in CSS: what, why, and how? is a nice overview with an eye opening discussion of color theory in CSS. Currently, only Safari supports LCH.

LAB, derived from the CIE LAB color theory, is the most mind-stretchingly theoretical of the new color spaces. The lab color descriptor purports to encompass the entire range of human-perceptible colors, which is quite a claim. Like LCH, it is currently only supported by Safari. You can learn more about LAB for CSS from the Mozilla CSS documentation.