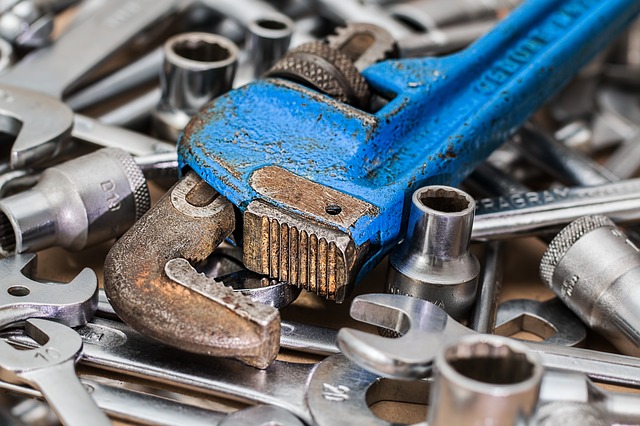 DevOps is more than a buzzword; it’s a culture in which the lines between the traditional roles of software development and operations (system/network/database admins) are blurred to achieve continuous integration (CI) and delivery (CD). By getting software development (Dev) and operations (Ops) teams to work together as a unified front and placing an emphasis on automation and monitoring, DevOps aims to cut development times and increase deployment frequency without compromising quality. Let’s take a look at some of the top tools that make up the DevOps toolchain.

Docker is the leading open-source container platform. It helps businesses take their existing server applications and package them with their dependencies into isolated containers. The primary benefit of containers is that they make your apps portable and OS agnostic (able to run on any operating system). Containers eliminate the need to host a guest operating system in a virtual server just to support the dependencies for a certain app, greatly reducing server overhead. Encapsulating apps into containers also provides the added benefit of modernizing traditional apps to Docker’s latest security standards and making them easier to test, update, and maintain. Docker is great for cloud migration and works with both multicloud and hybrid-cloud infrastructures.

Jenkins is a build-and-release tool that has evolved to support a number of DevOps functions including continuous integration, continuous deployment, and orchestration (e.g. script automation). It’s a Java-based CI/CD server that is compatible with Windows, Mac, and other Unix operating systems. One-click deploys, $0 price tag, support of more than 1,400 plugins, pipeline support, and scripted builds have all come together to make Jenkins the leading continuous integration and deployment platform.

Kubernetes is an open-source container management platform developed at Google and donated to the CNCF (Cloud Native Computing Foundation). It is an automation system for the scheduling, scaling, and deployment of containerized applications, supporting a number of container platforms including Docker (which also has its own native orchestrator, Docker Swarm). Kubernetes is more than an orchestrator, however. Instead of operating off a centralized defined workflow where instructions tell the container to do A, then B, then C, Kubernetes takes a decentralized approach, providing a set of rules and customizable control processes that let the components figure out on their own how to get from A to C. This makes Kubernetes highly extensible and a reason the platform is one of the hottest DevOps trends of 2018.

HashiCorp’s Vagrant is a tool for working with virtual machines. DevOps teams can use it to create and configure portable development environments that can be pulled from a virtual machine whenever a developer or designer on the team wants to start a project. Instead of installing and configuring development environments on each team member’s physical workstation, Vagrant provides a means for anyone on the team to pull the environments, features, and configuration settings he or she needs to work on a given project. This ensures code environments are the same across all developers and the deployment server. Vagrant is open-source and works on top of most virtualization software packages including Workstation, VMware, and VirtualBox.

Ansible is an IAC (infrastructure-as-code) tool that automates software configuration, management, provisioning, orchestration, and deployment. It differentiates itself from other configuration management software by emphasizing simplicity. The syntax is laconic (it uses the Python-based data serialization language YAML), and its architecture is agentless (no resource-hogging daemons executing in the background). Ansible’s architecture consists of two types of servers: controlling servers and nodes. Ansible orchestrates nodes by securely deploying modules to them over SSH (Secure Shell protocol). Because the nodes are agentless, they don’t need any locally installed daemons to communicate with the controlling server. This makes Ansible the lightweight alternative to other IT automation software such as Chef, CFEngine, and Puppet.

Nagios is an IT system/infrastructure monitoring software that can be used to keep tabs on the servers, routers, switches, applications, and services that support your business behind the scenes. Nagios is flexible, supporting both agent-based and agentless architectures. It sends alerts when critical infrastructure components fail; keeps records of outages, events, and responses; and even tracks trends with graphs and reports that can be used to plan upgrades before failures occur. In addition to the Nagios Core and basic web interface, there are plugins, add-ons, and open-source front-ends built by a thriving community.

Pick the best DevOps tools for your needs

This list is by no means comprehensive. Noteworthy absentees that easily deserve a spot on a list like this include GitHub, npm, Bitbucket, and New Relic. I merely wanted to present a nice sampling of the kinds of tools that make up the DevOps toolchain.The important thing to remember is that there is no “best” DevOps tool; it’s all about selecting the right tools to solve the unique needs of your business or organization.