This week’s repository on Github: atto 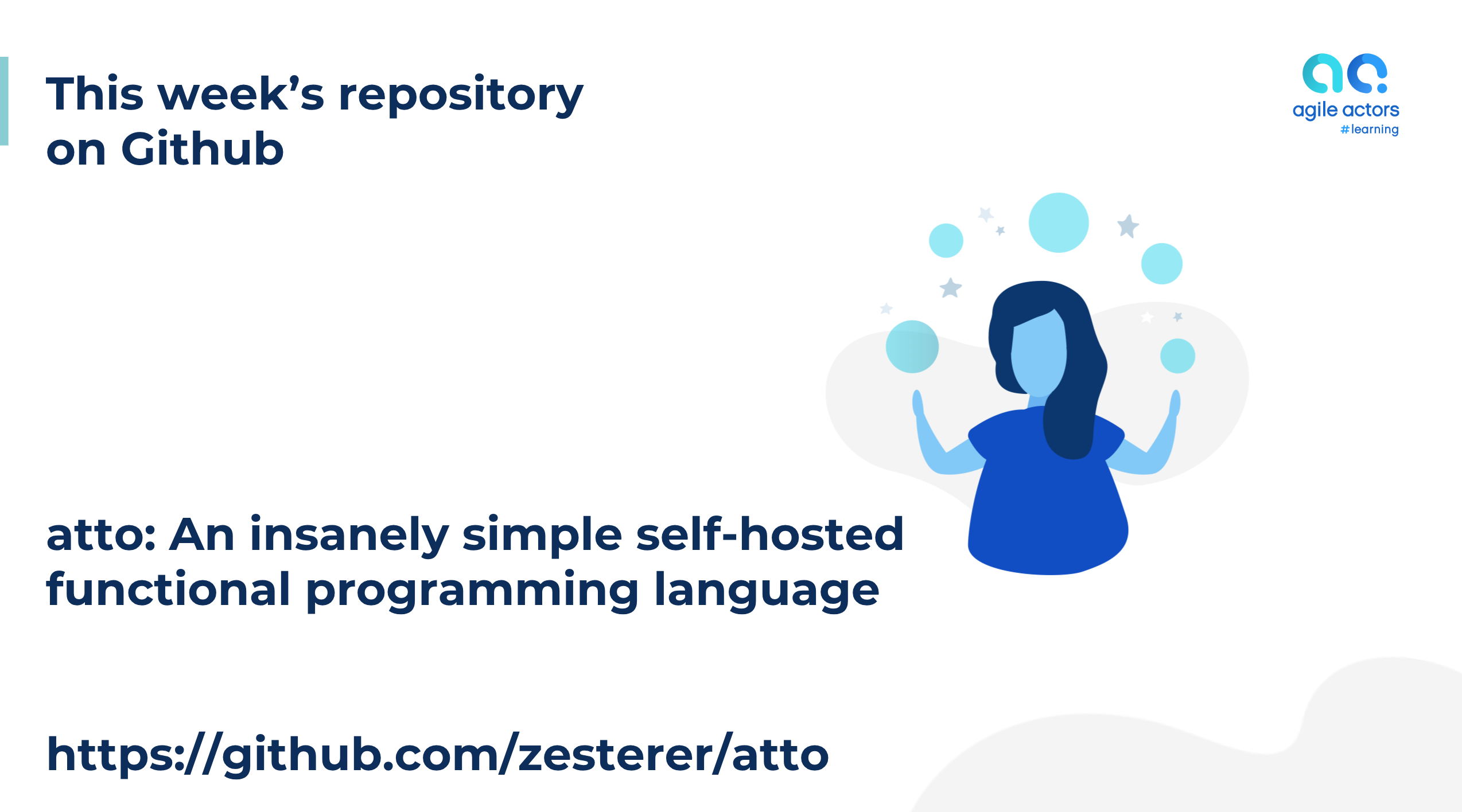 It features a syntax driven entirely by polish notation and no delimiters to speak of (it ignores all non-separating whitespace). What do you get for this simplicity? Well… an insanely simple language with a ~200 line self-hosted interpreter.

Despite these design limitations, it’s actually possible to write quite pleasing code in Atto. That, combined with the extraordinarily extendable syntax (you can define your own operators, or overload those defined in the core library) make it ideal for solving a whole class of programming problems that are normally awkward to solve in more imperative languages.

Atto’s design is stupidly simple. There are two kinds of structure:

That’s it. Expressions, function calls, literals and operations are all considered to be the same thing.

I leave you with a quick factorial calculation example demonstrating the compact expressiveness of Atto at work.

In examples/self-hosted.at, I’ve written a fully-functioning REPL-based interpreter for Atto. It supports function declaration, function calling, and all of the evaluation operators that Atto does, including I/O. It has a minor issues, such as behaving unpredictably with invalid input. However, it should be able to successfully run any valid Atto program (provided your stack is big enough).

Which reminds me: I need to use a non-recursive interpretation algorithm in the Rust interpreter. Also, tail-call optimisation would be nice.

Atto comes with a core library. It provides a series of non-intrinsic functions and utilities that are themselves written in Atto. In addition, it provides all of the operators common to Atto usage. The Atto interpreter implicitly inserts the core library above whatever you run, similar in nature to C’s #include.

You can check src/atto/core.at for full documentation about what core provides.

Printing values to the console:

Receiving inputs from the user and converting them to a value:

Selecting values trailing after the head of a list:

Converting a string into a value:

Defining a function with parameters:

Currently, Atto’s Rust interpreter performs virtually no optimisations. Despite that, I’ll attempt to talk below about some ideas I’ve had that seem promising.

Atto’s design does not permit the realiasing of values within a function, nor does it permit mutation. This, and the fact that the syntax is incredibly quick to parse, makes it an extremely good potential target for a lot of optimisations. Inlining, constant propagation, CSE detection and tail call optimisations are naturally easy to implement on top of Atto’s design.

The lack of realiasing also means that Atto has an affine type system by design, without ever requiring compiler support for move semantic analysis or anything like that.

The only real obstacles to some really impressive optimisation is its dynamic type system. However, in a significant number of cases it’s likely that types can be inferred at compile-time with specialized machine code emitted for each function depending on the types passed to it.

I’m also working on ideas for a statically-typed version of Atto. However, I’ve yet to settle on a design that is sufficiently simple as to compliment the current design.