Turn your Python script into a command-line application 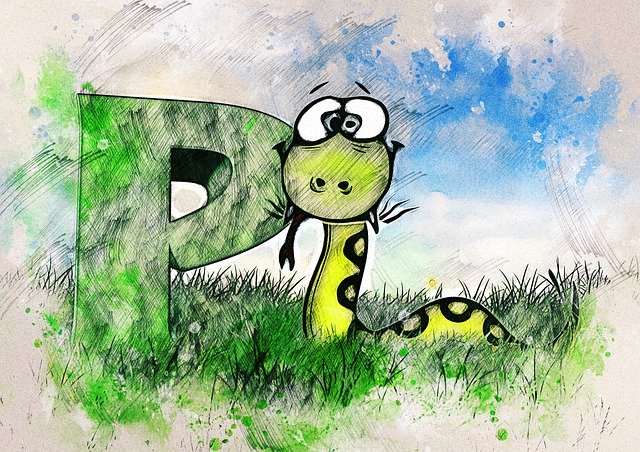 With scaffold and click in Python, you can level up even a simple utility into a full-fledged command-line interface tool.

I’ve written, used, and seen a lot of loose scripts in my career. They start with someone that needs to semi-automate some task. After a while, they grow. They can change hands many times in their lifetime. I’ve often wished for a more command-line tool-like feeling in those scripts. But how hard is it really to bump the quality level from a one-off script to a proper tool? It turns out it’s not that hard in Python.

In this article, I start with a little Python snippet. I’ll drop it into a scaffold module, and extend it with click to accept command-line arguments.

All non-inline code samples in this article refer to a specific version of the code you can find at https://codeberg.org/ofosos/rotoscope. Every commit in that repo describes some meaningful step in the course of this how-to article.

This snippet does a few things:

As an example, this is pretty small, but it gives you an idea of the process.

Create an application with pyscaffold

First, you need to install the scaffold, click, and tox Python modules.

After installing scaffold, change to the directory where the example rotoscope project resides, and then execute the following command:

Pyscaffold overwrote my README.md, so restore it from Git:

Pyscaffold set up a complete sample project in the docs hierarchy, which I won’t cover here but feel free to explore it later. Besides that, Pyscaffold can also provide you with continuous integration (CI) templates in your project.

Take a look into the tests folder and run the tox command in the project directory. It immediately outputs an error. The packaging infrastructure cannot find your package.

Now create a Git tag (for instance, v0.2) that the tool recognizes as an installable version. Before committing the changes, take a pass through the auto-generated setup.cfg and edit it to suit your use case. For this example, you might adapt the LICENSE and project descriptions. Add those changes to Git’s staging area, I have to commit them with the pre-commit hook disabled. Otherwise, I’d run into an error because flake8, Python style checker, complains about lousy style.

It would also be nice to have an entry point into this script that users can call from the command line. Right now, you can only run it by finding the .py file and executing it manually. Fortunately, Python’s packaging infrastructure has a nice “canned” way to make this an easy configuration change. Add the following to the options.entry_points section of your setup.cfg:

This change creates a shell command called roto, which you can use to call the rotoscope script. Once you install rotoscope with pip, you can use the roto command.

That’s that. You have all the packaging, testing, and documentation setup for free from Pyscaffold. You also got a pre-commit hook to keep you (mostly) honest.

Right now, there are values hardcoded into the script that would be more convenient as command arguments. The INCOMING constant, for instance, would be better as a command-line parameter.

First, import the click library. Annotate the rotoscope() method with the command annotation provided by Click, and add an argument that Click passes to the rotoscope function. Click provides a set of validators, so add a path validator to the argument. Click also conveniently uses the function’s here-string as part of the command-line documentation. So you end up with the following method signature:

The main section calls rotoscope(), which is now a Click command. It doesn’t need to pass any parameters.

Options can get filled in automatically by environment variables, too. For instance, change the ARCHIVE constant to an option:

The same path validator applies again. This time, let Click fill in the environment variable, defaulting to the old constant’s value if nothing’s provided by the environment.

Click can do many more things. It has colored console output, prompts, and subcommands that allow you to build complex CLI tools. Browsing through the Click documentation reveals more of its power.

Now add some tests to the mix.

Click has some advice on running end-to-end tests using the CLI runner. You can use this to implement a complete test (in the sample project, the tests are in the tests folder.)

The test sits in a method of a testing class. Most of the conventions follow what I’d use in any other Python project very closely, but there are a few specifics because rotoscope uses click. In the test method, I create a CliRunner. The test uses this to run the command in an isolated file system. Then the test creates incoming and archive directories and a dummy incoming/test.txt file within the isolated file system. Then it invokes the CliRunner just like you’d invoke a command-line application. After the run completes, the test examines the isolated filesystem and verifies that incoming is empty, and that archive contains two files (the latest link and the archived file.)

To execute these tests on my console, run tox in the project’s root directory.

During implementing the tests, I found a bug in my code. When I did the Click conversion, rotoscope just unlinked the latest file, whether it was present or not. The tests started with a fresh file system (not my home folder) and promptly failed. I can prevent this kind of bug by running in a nicely isolated and automated test environment. That’ll avoid a lot of “it works on my machine” problems.

This completes our tour of advanced things you can do with scaffold and click. There are many possibilities to level up a casual Python script, and make even your simple utilities into full-fledged CLI tools.